Not a person but an event is the recipient of the Manifest Creative Arts Festival’s most prestigious award on March 23, 2013.

The interactive, outdoor drama Road to Bethlehem will receive the Gabe Reynaud Award during a ceremony also named in honour of the pioneering Seventh-day Adventist filmmaker. The award recognises excellence in using the creative arts for ministry.


“It recognises a collective creativity,” says Manifest co-convenor Nathan Brown. Road to Bethlehem encompasses many aspects of creativity, from acting, costuming and staging, to scriptwriting, sound and lighting. “And it shows Adventists creatives can make an impact in the community.”


The City of Whitehorse recognised Road to Bethlehem’s role in building community by nominating it for an Australia Day Community Achievement Award in 2003. And Fairfax Media’s theage.com.au featured the event on its website in December last year. Despite this extra attention, Carolyn and the other members of the committee have resisted turning the event into a “carnival.” “We’ve always maintained it has to be spiritual. So, no Santa Claus. Everything about Road to Bethlehem is biblical.”

"The Road to Bethlehem is an interactive presentation of the gospel story in the grounds of the Seventh-day Adventist Victorian Conference in Nunawading, which goes ahead rain, hail or shine.

The Road to Bethlehem began in 1995 as the brainchild of a small group of people with a vision to bring the real story of Christmas to the community to remind people that ‘Peace and Goodwill toward men' are more than just words. Groups of travellers with guides walk the road at approx. 10 minute intervals, through a series of places and events, culminating in the moving final scene where with the marvels of modern technology an angel choir appears above the manger.

The Road to Bethlehem Committee meets year round with planning of the next production starting as soon as the current one is finished. There is a no charge policy, instead funding is obtained from individual and corporate sponsorships with several local businesses providing much appreciated support. The Road to Bethlehem committee promotes strong community values and support systems.

On behalf of my fellow Councillors and the citizens of Whitehorse, it is with great pleasure that I present the City of Whitehorse Community Achievement Award to the Road to Bethlehem Committee". 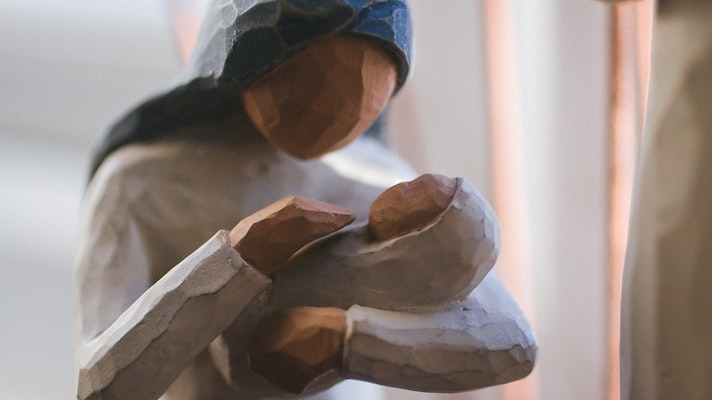 Articles about Christmas by our Friends at Signs of the Times

Books, DVDs and CDs focused on the REAL meaning of Christmas from our friends at the Adventist Book Centre.